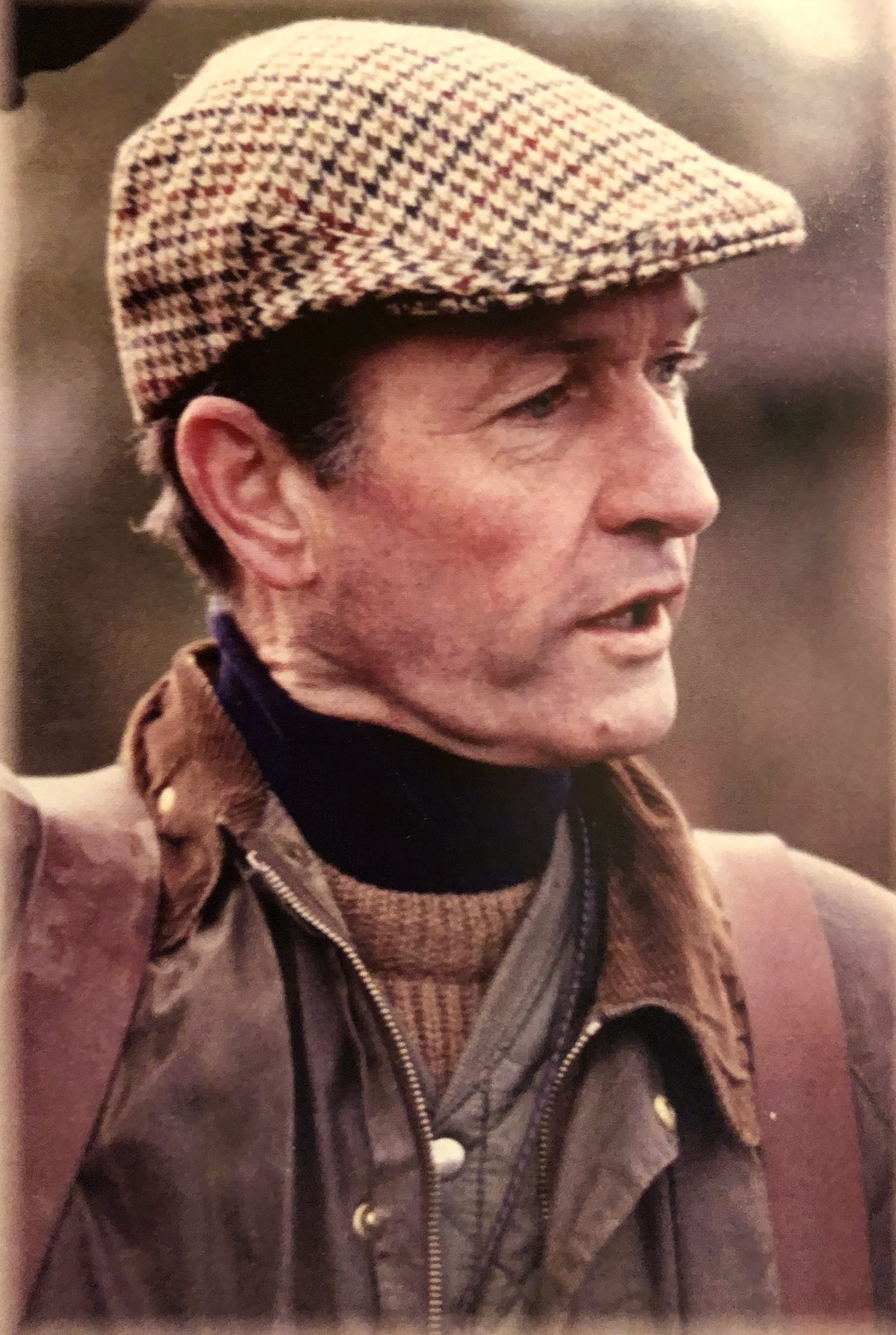 One of the Lads My brother Graham, my only sibling, was more than eight years older than me. He was very clever, very serious, upright, tough, a sportsman, a gentleman, and one of the lads.

He grew up to be tall dark and handsome. For some reason whenever I saw Roger Moore as 007 I was reminded of him. From the age of eight up to his late teenage years he often had to stay in to babysit me when my parents went out. He may well have resented this and it may have contributed to our difficult relationship as children.

Graham was a kind and generous man, but also quite strict. He had a fairly short fuse. I vaguely remember as a child I had to tread very carefully around him. In later years when we became friends, I still strongly felt the need to be very respectful of his standards and expectations. Consequences were still just around the corner.

Once when I was visiting England with my ex wife Adlin, and we were staying with him and his dear wife Dinah, he lent me his Ferrari to drive up to London.  To quickly pick up a book I briefly parked outside Hatchards, a legendary bookstore in the centre of Piccadilly. I rushed in and out of the store before  any of the parking ninjas noticed.  When I tried to start the car – the key broke – leaving a piece in the ignition. In addition, unfortunately, it turned out that traffic signs had changed since I had last been in Piccadilly, and I had parked in a buses-only lane. It was rush-hour.

By the time I had dealt with the police and the towing company (who later managed to extricate the business end of the key), and my wife and I had taken the train back to Graham’s country home to get a spare key, at about 9 or 10 pm, well “politely fuming” is the phrase that springs to mind. There were, however, mitigating circumstances that may be revealed  later… My brother worked hard and played hard. For many decades he would get up every weekday at around six in the morning, drive to the station, take the train up to London, and the tube into the City of London (The financial district is referred to as ‘The City’). He would return late in the evening with red eye balls.

Even in his late teens Graham wanted to be married. For a time, in South Africa, he was engaged to Vivian– But they broke up and later he married Vivian’s best friend Dinah – my longtime very dear sister-in-law.

He had a long and happy marriage and a very successful career. He played golf, polo (he had a string of polo ponies), and was a very good shot. He had a pair of Purdeys (shot guns) and for a period of several years he would go shooting almost every week during The Glorious Twelth with his buddies on estates all over England – once with the Duke of Edinburgh. He was well respected by his friends, colleagues, and the powers that be. At one point he became the Chairman of the Disciplinary Committee of the London Stock Exchange (I couldn’t imagine a better person for the job!). I wouldn’t have wanted to be an IBM or General Motors and have committed some questionable financial transaction.

I think, due to his mixed up schooling between countries, instead of going to Eton where my father went, he was sent to a UK school that was well known for catering to mostly foreigners (Arab sheiks and such) called Millfield. He also attended a public school in South Africa called Saint Andrews – I am not sure in what order. After he left school he had various jobs in both the UK and South Africa –  including (and I can hardly imagine him doing this) being a door-to-door Hoover salesman. He worked for Reader’s Digest , and The Commercial Radio Corporation (SA) amongst others. He even acted in a Beechnut Chewing Gum commercial. He lived between London and Johannesburg. One of his first prestigious financial jobs was with a South African company called Union Acceptances, a major banking and investment company owned by Sir Harry Oppenheimer, a family acquaintance,- and one of the richest men in Southern Africa.

Later back in the UK, he held a position as a Discount Broker –  which was a sort of title for a particular job where he would go every weekday, dressed in a black silk top hat and a mourning coat , to the Bank of England and borrow millions of pounds in the morning which were returned later that day( at least that’s how it was simplistically explained to me). I believe there were only 10 Discount Brokers  (all men – at that time – could have created an interesting “Cabaret” look to have women in top hats in the male dominated “City ”. I doubt top hats are worn today.) Once, just as he was leaving to return to South Africa, he was offered a job to run the South African Department in the major UK stock brokerage company James Capel. Not only was he very successful In the company – but – he was also in charge of the wine (his home had a wine cellar almost the size of an underground station)! and whenever I stayed with him and Dinah, I always had the most incredible wines (we would always have to dust the bottles). Boodles, the prestigious London club of which he was a long-time member, was also to put him in charge of buying the wine for the club!).

It was during this period he was elected to the Stock Exchange Council and became head of The Disciplinary Committee of the London Stock Exchange. He was also chairman, and/or director, of several large companies.

During his career he was to be a financial consultant, an investment advisor, an accountant, to some degree, a banker, and eventually a hugely successful stockbroker (following in the footsteps of grandfather SEK who had been the Senior Trustee (today-the Chairman) of the London Stock Exchange).

In 1993 Queen Elizabeth chose personally to give him a medal and to grant him the title of CVO – Commander of the Royal Victorian Order.

There were many articles written about him in the financial press. He also helped institute new rules and procedures in the stock exchange under what was known as “The Kennedy Plan“.

He enjoyed his Famous Grouse whiskey but smoked like a chimney and this, I believe eventually, and sadly, did him in.

In many ways I realise I sort of thought of him as a father figure. I miss him and his wisdom and advice. 3 thoughts on “One of the Lads”